Sometimes it’s not important to go on long pre-planned trips but to get out at all. Mini adventures can change your everyday life in to something exiting and give you an energy boost to survive the next week. 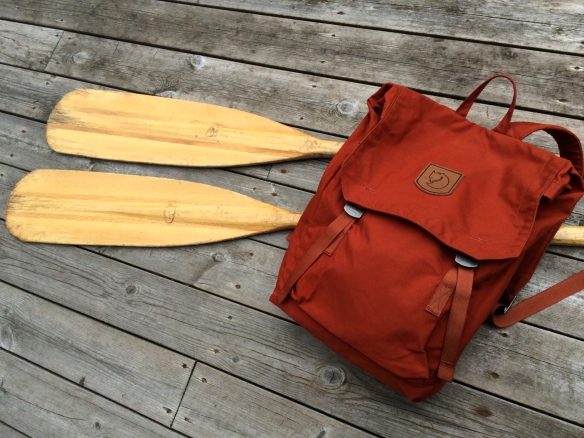 This weekend we had one of these mini adventures. By my house I have a lake and it’s connected with two smaller lakes, great for canoeing. We left around midday and quite soon after we reched the middle of “Sörsjön” the sky darkened far away and big lightening struck the sky. But as it was north of us and not that close we paddled on. 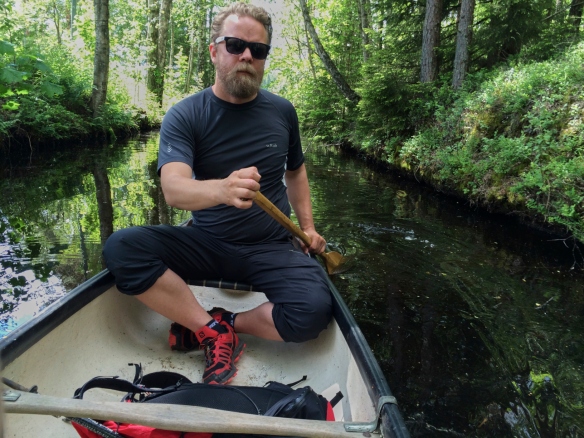 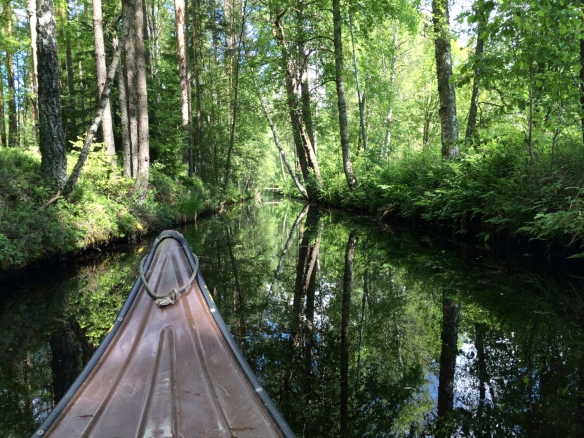 After we reached or final destination where our plan was to stop and have a cup of coffee the bad weather had moved closer to us and the rumbling was telling us it was time to head back. With the wind at our backs we paddled on with ease and we were soon back on Sörsjön. But this time we kept close to the shore, you don’t want to be out on the middle of the lake when a thunder storm passes by…

We jumped a shore and the weather started to act up with high winds but no rain. Fortunately it all passed by to the west of us. We pulled out or backpacks from the canoe and started to boil some water and unpacked some Swedish “fika”.

After our break it was time to have some fun and pitch Jons one man shelter, Six Moon Designs Gatewood Cape with their Serenity NetTent.

Here’s a short video of Jon pitching the tent.

After all this it was time to head back to home base, filled with energy. Now everything was calm after the storm and the water was almost like a mirror.

Today was the maiden voyage for my “new” canoe, at least for me. It’s old but solid 🙂

The first stop of the day.

Jon tipping the canoe over to get rid of some water. 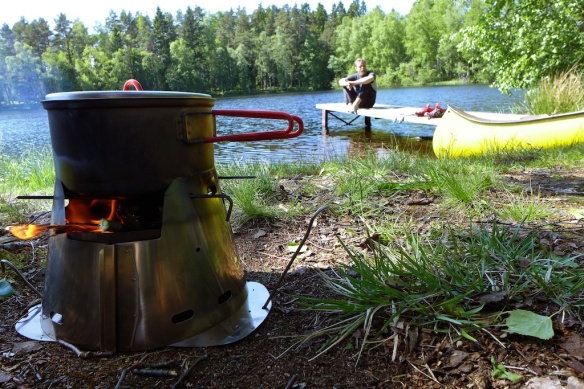 Coffee water in the making. The Sidewinder with the inferno insert performed even better with some additional wind blowing through it – surprised? No? 🙂

Waiting for the water to boil. 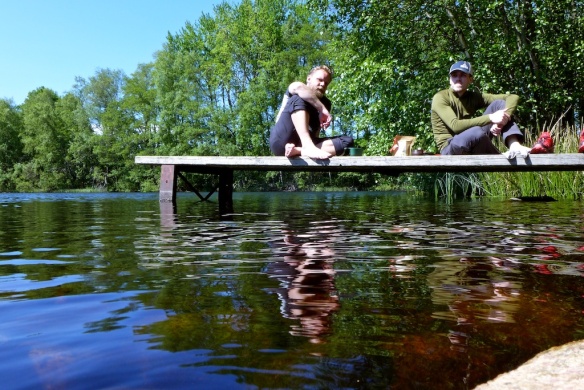 Enjoying the weather and some coffee.

I’ve wanted a canoe for a long, long time but I’ve always found them to be too expensive. Now my fiancés father has this friend who wanted to sell his old canoe so I got it really cheap.

It will need some lovvin’ but the hull is in a really good state so I just need some new color. I also got two paddles, old wooden ones, that will have to be sanded down and coated.

Went paddling with some friends in Svenarum a few miles from where I live. This was place a tip from one of my colleagues at work – great tip!

It was a two day trip, came in about 09.00 in the morning and we were back the next day around 10. Short, but well worth it. Even had my first swim for this year! I’ll just add that I didn’t flip the canoe, it was all on my own choosing 🙂